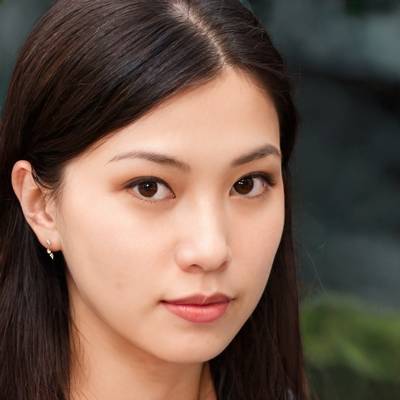 Welcome! My name is TUTOR-KINSLEY and I have been writing professionally for years. They say people should follow their passion to achieve happiness. Since writing is my passion, I feel blessed to be able to work as a writer. My main areas of interest are Nursing, English, Business and Entrepreneurship, but I am comfo...

Welcome! My name is TUTOR-KINSLEY and I have been writing professionally for years. They say people should follow their passion to achieve happiness. Since writing is my passion, I feel blessed to be able to work as a writer. My main areas of interest are Nursing, English, Business and Entrepreneurship, but I am comfortable with other topics as long as the instructions are clear. My clients say that I am a diligent professional who follows the requirements to the tee. I think this is essential to producing quality work. Choose me and you will never have to look for another writer!

Developing countries often have detrimental problems regarding economic or society complications and thus, seek aid from developed countries such as the United States of America. Historically and at present times, Pakistan is one of the leading recipients of United States foreign assistance since 1947. Foreign aid is considered as an allocation of resources from developed countries to its recipient to promote or stabilize the economic development and improve human welfare of the recipient. This research aims to assess the impact of peace and war on foreign aid in Pakistan and identify the actions motivated by the country’s leadership in relation to relieve the severe problem caused by warfare. The Effects of Peace on Foreign Aid To keep peace in the developing countries which include Pakistan, peacekeepers and humanitarian aid agencies are established to produce an impact on the economic activities through providing of goods and services including accommodation, transportation services, and construction; to increase employment rate; government allowances; and other mandated activities (Hatayama, 2018). Peace has positive and negative effects on foreign aid. During the time of peace, the United States renewed its commitment to Pakistan in 2009, under the act of Kerry-Lugar-Berman bill, or KLB. It stated the increase of US economic and development-related contribution to Pakistan, funding $7.5 billion over five years, from 2010 to 2014, to improve Pakistan’s governance, economic stability, and invest in human welfare (Center for Global Development, 2013). On the contrary, the relationship between peace and foreign aid can be inversely proportional. This inverse direction may be associated with increased corruption, weak policy learning, lack of ability in bureaucracy, among other causes. For instance, in the study conducted by Sarwar, Hassan, and Mahmood (2015), the results showed empirical evidence containing data of weak economic growth from 1985 to 2012. It reported that foreign aid given to Pakistan weakened governance quality, constant corruption, and rule of law in the country. It is suggested that foreign assistance should be acknowledged and taken as a temporary and short-term development tool. The Effect of War on Foreign Aid War produces a positive effect on foreign aid. During the administrations of former President Bush and Obama, they aided in the wake of 9/11 War on Terror in order to combat terrorism and promote stability in both Afghanistan and South Asia. To decrease the existence of terrorism had been the central U.S. foreign policy effort. Since 1948, the United States funded more than $30 billion in direct aid, about half for military assistance. About two-thirds of given finance was allocated in the post-9/11 era from 2002 to 2011 (Epstein & Kronstadt, 2012). On the negative note, the 112th Congress continued to intervene with troubled U.S.-Pakistani relations, and an attempt to balance Pakistan’s importance to U.S. national security interests with domestic budgetary pressures. War in Pakistan developed during the disruptions such as the killing of Osama bin Laden in the city of Pakistan, and the military raid into one territory of Pakistan that murdered 24 Pakistani soldiers to death (Epstein & Kronstadt, 2012). The conflicts were resulted by the U.S., also the leading donor of Pakistan, making an uncertain future direction foreign aid. Pakistan’s Leadership in Action The developed countries constantly fund UN peacekeeping which in turn finance one of the missions, UN Military Observer Group in India and Pakistan (UNMOGIP). Pakistan has used the aid to provide assistance in humanity and its residence. Pakistan has a long history with UN peacekeeping, having been one of the largest contributors, according to United Nations Peacekeeping (n.d.). According to the Center for Global Development, disbursing funds to Pakistan was considered a challenge due to constant corruption and lack of security. Despite it, Pakistan had been involved in multilateral donors such as the United Kingdom and Japan. Donated by Asian Development Bank (ADB), Pakistan used the sources in increasing support for energy, infrastructures, and urban services sectors. Another donation from the World Bank, the invested funds were used in education sector primarily in some cities in Pakistan. Conclusion In summary, foreign aid largely contributed by the United States provided funds to Pakistan mainly to enhance a country’s governance and for economic development. However, there are positive and negative effects of peace and war, respectively, on foreign aid that used to supply the recipient country and are associated with existing war and terrorism, corruption, or economic-related problems. Regardless, developed countries nevertheless provide aid to Pakistan for the opportunity of establishing solidity within society and for the economy, provision of infrastructure, and investment in education.

Honestly I didn't expect much especially since I didn't give more than 4 hours for the assignment however she pulled through and got it done with more than half an hour to spare. Definitely is good at writing and one of the best by far if on a time crunch.

She did the job in less than a day. Essay was well organized and straight forward. No great depth, but likely my fault with giving such short notice.

Will definitely go back, the paper was done fast before the due date and well written.

its second time will use again .

finished in a timely manner

Good job on the paper